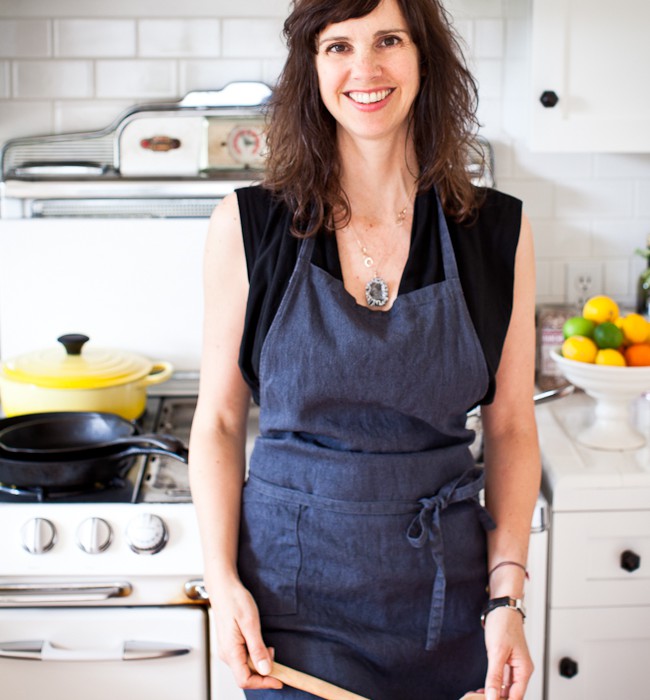 “Art consists of limitation. The most beautiful part of every picture is the frame.” ~ Gilbert Chesterton 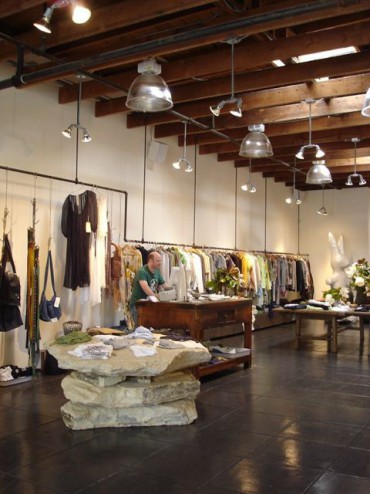 I met Erin Scott years ago through her Rockridge boutique AUGUST that she opened with Louesa Roebuck, who’s now a forager/florist based out of Hayes Valley in SF. And Erin is now a photographer and food writer, who has a fabulous blog with easy to follow super delicious recipes, and coming out with her first book Yummy Supper (based on her blog) this Fall. I love the idea of transition and admire those who do it gracefully. And I’m always interested in how one gets from point A to point B. So let me start with my obsession with August (which is also what I named my son, around the same time that August opened in 2005). August was gorgeous. It was sparse, elegant, filled with the most luxurious of textures, fabrics, silhouettes. I would go to it all the time, especially when I was pregnant. I never knew what I was looking for, but I always found it there. And at times it wasn’t something I could buy, though I bought things for babies, my daughter, myself. I still have my son’s cashmere martini sweater made by Chaney Claypool hanging in my atelier on 4th street; my Vivienne Westwood sweater with the zigzag arms; and the kids still use the colorful alpaca blankets during late night dinners at the studio when i’m not using them as a shawl. I also have an owl necklace from there, a rhinestone belt, but most memorably a very clear image of a vision made real, tangible.     I went to August to breathe, to see, to feel, and to soak in the aesthetic ~ the idea that a space could evoke a history, another culture’s way of doing ~ like with Matt Dick’s indigo, which I would only come to truly apprehend after visiting Japan (finally) last fall. Whether through the wood of the table, the placement of rocks, the fabric that enclosed you in the dressing room, the cashmere rosettes of Koi, or the snow cone cocktails, through the combination of both Louesa and Erin’s aesthetic AUGUST remains in my mind as a temple of exquisite taste. 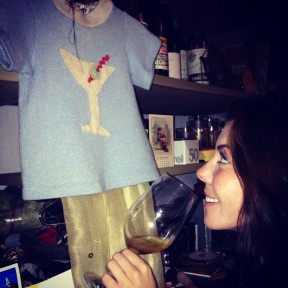 Years later, in January of 2014, my friend Alexandra Silverman and I co-hosted a salon dinner and Erin’s name came up as a possible guest. It had been awhile (maybe 7 years since August had closed) and Alex told me Erin had launched a blog and was coming out with a book based on her blog. A blog? I thought. How cool, but what does it mean, a blog of recipes about food? I was behind on food, film and even fashion blogs. My students at FIDM would ask me what blogs I followed so I would come up with a list of the top 20 out there, but never looked at them more than once. I didn’t understand them. I was (still am) new to social media.  So I said “fabulous, invite her.” I was curious to see what she was up to since August and I was excited to talk to someone who had a blog. So Alex sat Erin next to me and we talked about food, recipes, writing, cashmere, clothing, design, running a business, being a mom. Then we talked again weeks later, and then again.. and in between I started reading her blog, making her recipes, and then trying to figure out how to write a book about my salon dinners, spoke with a couple literary agents, and I was back to BLOG, national platform, voice, readership, selling the book before you sell the book… 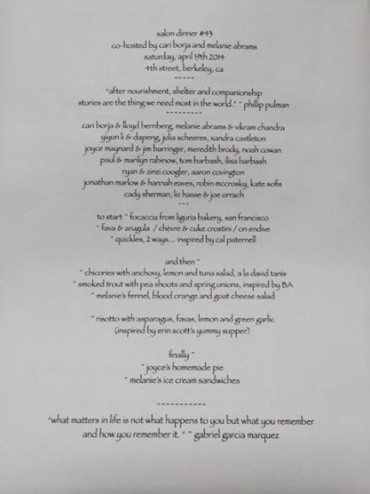 I was also back to how we learn by doing, who is willing to open up, help, and answer questions and how to be fearless and just do it. What I find so incredible about Erin is how her diagnosis with Celiac led her to discover her voice through food. It gave her a greater reach…greater possibility of communicating a deep belief system about how we move through the world, and the possibility of an exchange, a dialogue through her blog. For Erin, it was limitation that in some ways made her think creatively. Like designing, sometimes we need constraints and structure to really see ourselves grow. And like the frame in the quote above, what we choose to highlight, or what we decide to include or exclude is precisely one’s vision, one’s point of view, one’s story. This is Erin’s ~

On her BACKGROUND: “I was in Seattle until 10. Then Nevada City, then Berkeley at 15 and went to CPS (College Prep). I went to Columbia to study history (european) and then worked at Vanity Fair, Elle and Miramax. But I was always interested in fashion and media at Columbia. It was an old school education. I wanted a traditional foundation. I moved back here in 1994 with my husband and ran Carolyn Clements on 4th street and Paul worked at Kermit Lynch. I worked at LaDiDa (at 16 years old) which was owned by Jacquie West and CP Shades‘ Denise. That was my first job. Carolyn Clements was the manager. And every Thursday my mom and I would have dinner at Chez Panisse. 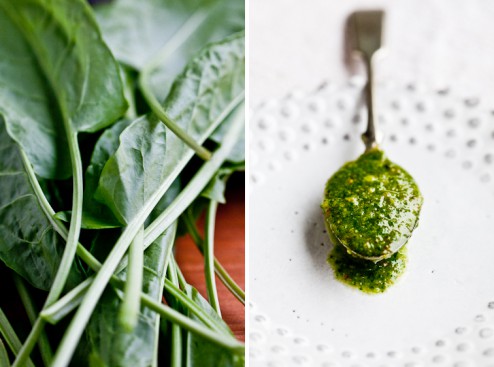 On coming to FOOD:
My parents were hard core environmentalists (farmers’ rights) and cooking was central to our happiness. Food was always this calm and happy ground. Everything was made from scratch. We would travel for food. It was central to our lives. We lived in Nevada City and had an acre of organic food. I knew what food should taste like, but I was into my hair and clothes and fashion and I didn’t want to get dirty in the garden. But eventually I came full circle and started growing food in 2009, a year after I found out i had celiac. My husband wanted me to reconnect with my roots. I saw the beauty again and got to reclaim it ~ I saw the limitation as motivation.

On Photography: I love that photography is a powerful tool in capturing all of the natural beauty the world has to offer Food photography is really my favorite, and my goal is always to make people hungry and eager to cook.

On her Proustian MADELEINE ~ “I am deeply rooted in the West Coast but my father was from Greece. I spent time in Astapalia, Santorini, Paros, Folegandros. When I was 6 years old I caught an octopus in Greece and I went back when I was 18 and smelled the fig leaves, I was just embraced by the smell and the memory. I’m transported every time… We even have a fig anchoring my own home. So ~ for me, fig leaves and camomile flowers that are hot in the sun.” 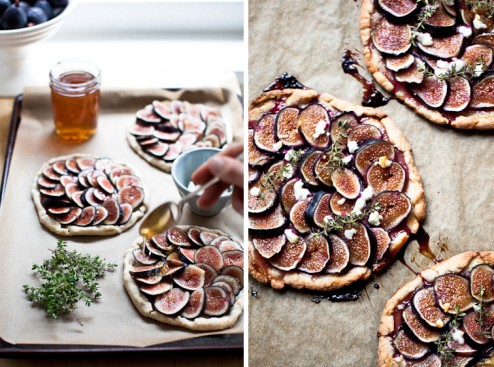 On transitioning from AUGUST to her YUMMY SUPPER BLOG ~“Paul and I travelled around the world in 1998 and again with the kids in 2010 ~ Bali and Indonesia, Australia, New Zealand, Italy and Istanbul. I had Otis at 29. I thought how can we do fashion in a different way? 2005-07
The ROCKS in August? We were inspired by our own terroir. So for 3 years August was an out of control beast and became this huge thing to manage. i asked myself “can i feed that beast?” I needed home oriented time; and in 2009 i started my blog ~ i wanted to connect with friends around food and I would ask what’s everyone cooking? Everything i’ve ever done has kind of weaved its way into what I’m doing now.

“Inspiration is always an ingredient and this ingredient needs love.”

On sharing RECIPES ~ “It’s like when someone is shopping, it brings beauty and joy. It’s a service in a different way, nurturing people. When they would leave, they had new clothes and it nurtured you and helped you nurture yourself. It was a quiet connection, an intimate connection, how it impacted them ~ a very small moment with someone. I’m speaking to (and connecting with) a person. My interest in food, photography and fashion is personal. What i’m doing morphed out of my space.”

LISTEN: “to my gut on all levels”
WATCH: “the sunlight move throughout the day and the year in the garden. It’s about the cyclical, seasonal changes.”
WEAR: “I’ve been loving these Engineered Garments ~ denim painting pants and they’re slouchy. They have all these details that make me happy. I need pockets…on my apron or on a smock.. for my camera, a Canon 5DMark2.”
READ: “biographies. Patti Smith and Keith Richards ~ how it’s captured. They’re fucking fearless.”
DRINK: “I don’t drink wine so the drinking is not as important to me. It’s just not; but i like a good cocktail. It’s not a really charged area for me, one way or another. It’s neutral…”
EAT: “everything I can, literally. Tasting, feeling expansive and playful about food and trying things, eating what we grow. I want to taste things.”

On writing YUMMY SUPPER, out this fall ~“Go out there and come back to the gut. I was in the creative process for the year. It’s all about trusting it and about the ride. It was fun and I loved it. I just rode this wave. It’s another way of telling a story and I felt so lucky that i had all these tools!” 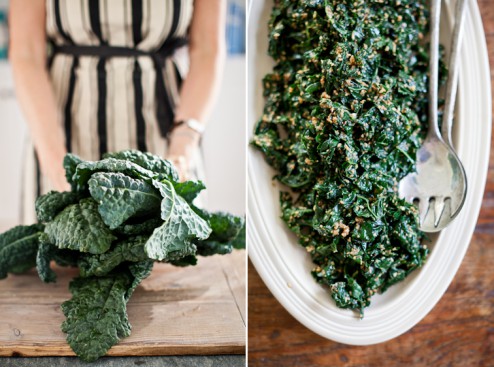 
“There is nothing like returning to a place that remains unchanged to find the ways in which you yourself have altered.” ~ Nelson Mandela        Above ~ Yohji Yamamoto in Tokyo, opening still from…