“We’ve got to be as clear-headed about human beings as possible, because we are still each other’s only hope.”  ~ james baldwin

a pandemic? COVID-19?  it’s amazing (and almost shocking, though that’s how media and our minds work) how quickly we can change direction and seemingly forget our focus. gone is sheltering in place and staying six feet away from anyone outside our households and suddenly we (as a country) take to the streets and engage in such close contact and physical proximity that the past months are (possibly) erased. but it was time… when we look around us and see this moment as a tipping point, a point of no return, a throwing away of any sense of normalcy ~ the one thing that can happen in the blink of an eye, forcefully, is reflecting on purpose ~ on coming to our why, not only individually but collectively ~ as a community, as a nation, as a people.

the question of identity, race, ethnicity and how we interact with it, is something close to my heart… from my own personal relationship to it growing up half guamanian half italian in a not so diverse part of Massachusetts, to living and raising my children in West Oakland, and transitioning 3 years ago through the tunnel to Orinda.  the shade of your skin, the slant of your eye, the sound of your tongue announced to the world difference and Other. it has seeped into my research over the years right through to my most recent work at Apple ~ from my graduate work on “Hollywood in Britain” (being an American in England) and dissertation “Jamaican Art Worlds: Encounters, Transformations, Metamorphoses” (identity politics in the Caribbean and diaspora), to my most recent work at Today at Apple ~ guest programming Apple Union Square ~ which included PRIDE, a focus on Hip-Hop Style & Wisdom at OMCA, Black History Month (below), or Contemporary Muslim Fashion at the De Young, Native American Heritage Month, Hispanic Heritage Month, International Women’s Month… the moment we are in is up close and personal, making us reflect even more deeply on how we want to engage with each other, with the Other, and with our own selves. 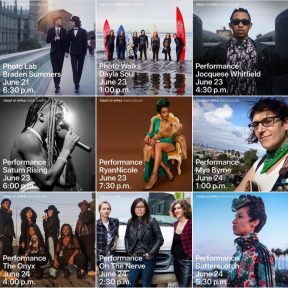 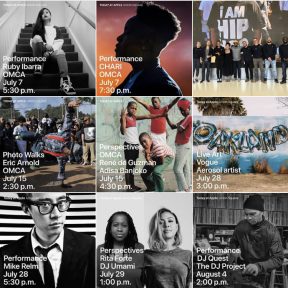 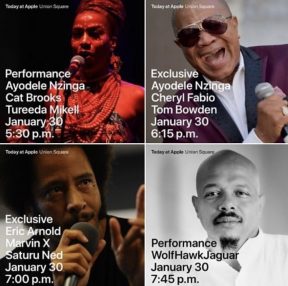 in Gavin Newsom’s noon briefing today he said “we have work to do…” and we do ~ lots.. not just with the twists and turns of the coronavirus, but how we as a country are going to heal…so ~ how are you going to live your dash??? what is your life brief???  it’s an ideal time to reflect thoughtfully and commit to words and action, in whatever form is meaningful to you. we have the time, especially with so many of us jobless, in an awkward stasis that can be paralyzing.

some of us cook and sew, write and paint, translate and transform; others teach and march, challenge and protest, reflect and perform. pick your medium and motion and press play. now, go. from March 17th to the 31st (first 2 weeks), and April 1st to May 10th (first 55 days), to May 11th to June 5th ~ 80 days (more or less) sheltering in place ~ we’ve come along way in our isolation, distraction and fear ~ turning inwards and outwards from self to community ~ emotions bottled up exploding … our country on fire. Just one week ago the protests started and how far do we feel we have come? and how much further do we have to go? Gauguin reflects on his 1897 image above, which we can look to as both mirror and a window into the possibility of the future we want to unfold ~ asking: “Where does the execution of a painting begin, and where does it end? At the very moment when the most intense emotions fuse in the depths of one’s being, at the moment when they burst forth and issue like lava from a volcano, is there not something like the blossoming of the suddenly created work, a brutal work, if you wish, yet great, and superhuman in appearance? The cold calculations of reason have not presided at this birth; who knows when, in the depths of the artist’s soul the work was begun unconsciously perhaps?”

We live in deeds, not years; in thoughts, not breaths; in feelings, not in figures on a dial. We should count time by heart throbs. He most lives who thinks most, feels the noblest, acts the best.”  – Aristotle

below / left to right: artist + mentor bryan mcfarlane and I in venice, italy; bryan’s “artist eating paint”; ceramicist gene pearson in his studio in kingston, jamaica (in 1999 as part of my ph.d. i spent a year doing fieldwork in kingston, jamaica and spent months living amongst and working with bryan and gene, as well as a dozen other artists. much of my work focused on identity formation, race relations, power and social structure in the art world. 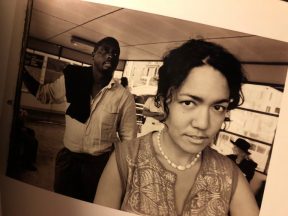 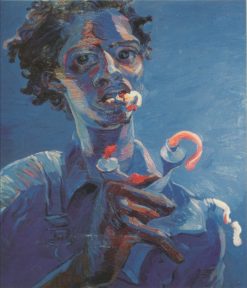 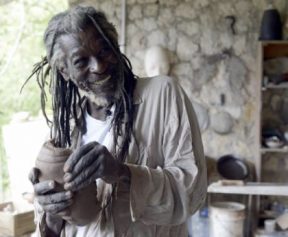 below, the writer James Baldwin and anthropologist Margaret Mead (drawing on right by Wendy McNaughton for Maria Popova’s BRAIN PICKINGS) /a summary of their conversation from August 25, 1970 in NYC entitled “A Rap on Race: Margaret Mead and James Baldwin’s Rare Conversation on Forgiveness and the Difference Between Guilt and Responsibility” 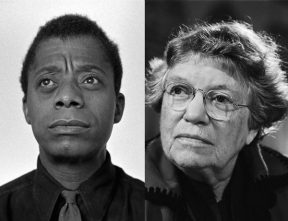 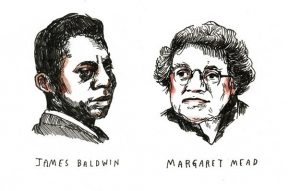 “Never doubt that a small group of thoughtful, committed, citizens can change the world. Indeed, it is the only thing that ever has.” ~ margaret mead

Masters of Scale ~ “Rapid Response“: COVID + the gig economy, Thoughts on a Crisis, The power of a neighborhood

after completing 12 classes in the first 55 days, the past 25 days I finished another 12 ~ 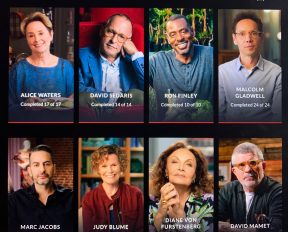 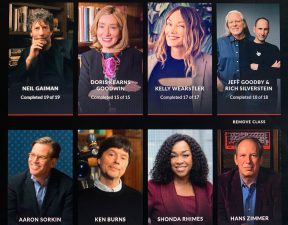 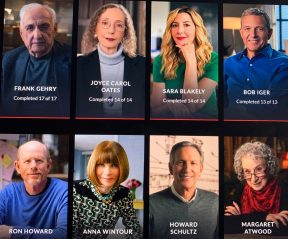 one of the highlights this time around was LA-based “gangsta gardener” Ron Finley who inspires with words like  “growing your own food is like printing your own money, ” “you’ll be surprised what soil can do if you use it as a canvas” and “sometimes you can see best with your eyes closed…” (check out his TED talk and Ron Finley Project as well) 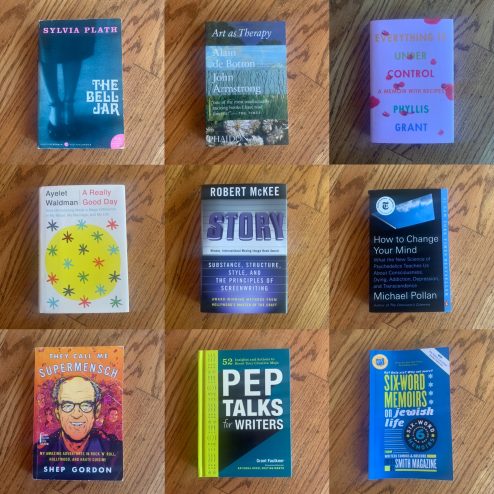 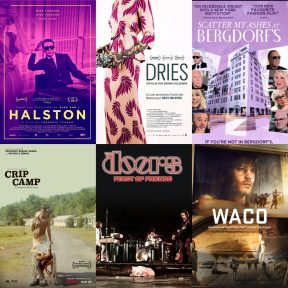 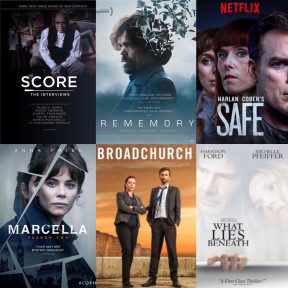 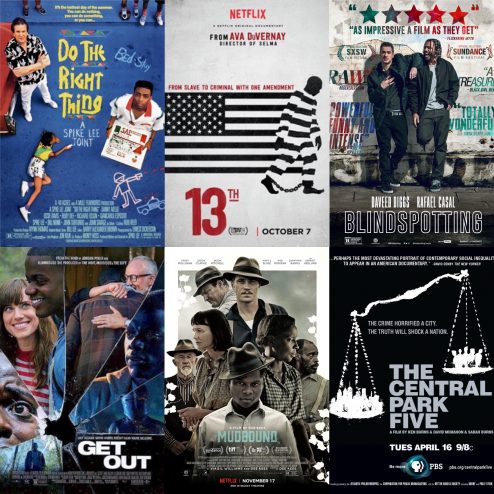 Do The Right Thing / 13th / Blindspotting

GET OUT / Mudbound / The Central Park Five 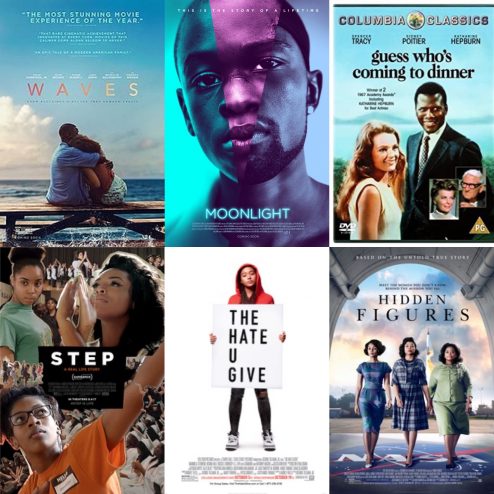 Step / The Hate U Give / Hidden Figures 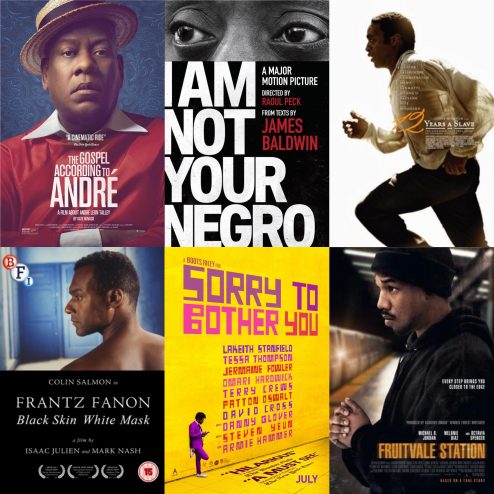 “there’s nothing like returning to a place that remains unchanged to find the ways in which you yourself have altered” ~ nelson mandela (for me, this type of challenge to recall the films that had the most impact are all the more important when viewing them again, a remembering where you were, who you were, when you first watched them and how much you’ve changed, and the world has changed since then… my passion for dance ~ both more formal and interpretive ~ is clear in my love for Dirty Dancing, Funny Face and Pina; the transformative power of clothes in Pretty in Pink, the yearning to travel in Sans Soleil, the potency of a soundtrack in Magnolia and Moonlight, the experience of the Other in Le Jetee, E.T., Moonlight and realizing our own sexuality in Dirty Dancing, Moonlight and of course 9 1/2 weeks, which definitely (along with Last American Virgin and The Postman Always Rings Twice ~ shaped my early teen hood)… what are your top 10? 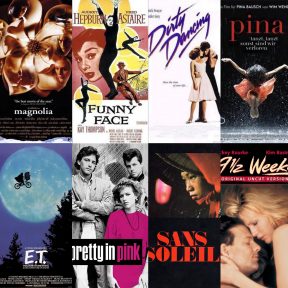 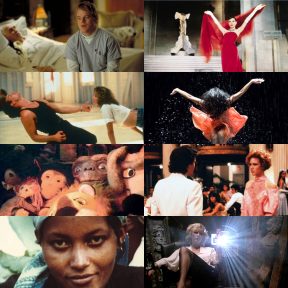 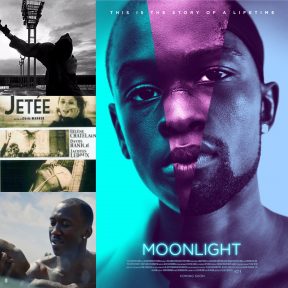 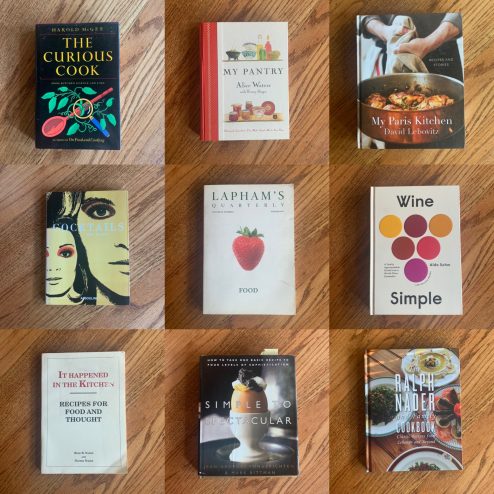 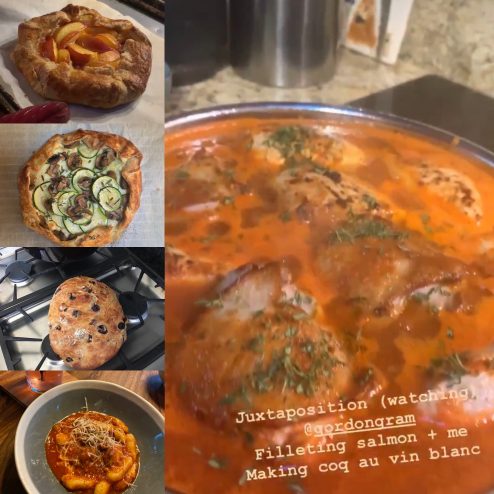 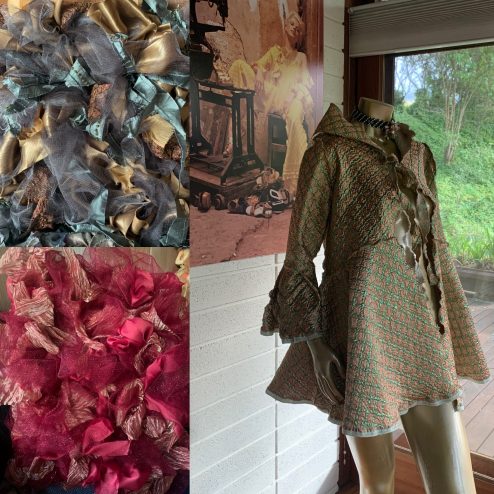 (below, apple galette recipe from Alice Waters’ 2010 In the Green Kitchen: Techniques to Learn by Heart) 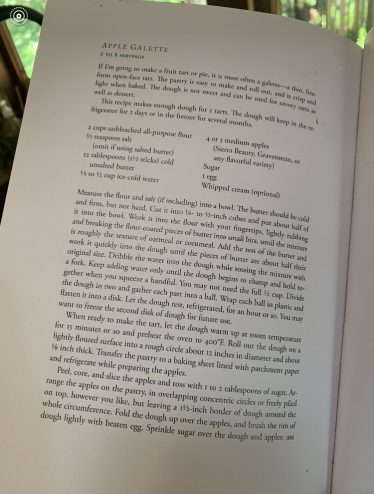 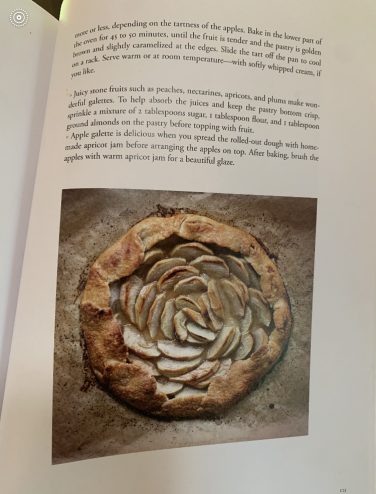 ~~~and in the NEWS, OBSESSING / coronavirus + protests/riots/#blacklivesmatter~~~

(i’ve been dying to buy, anything… my weekly rituals of stopping by Radbird and Crossroads, and peeking in Maison d’être, searching the stack at Moe’s or Pegasus, and CD’s and DVD’s at Amoeba, strolls down 4th street Berkeley to the Gardener and Sephora have left me searching for other ways to engage with that unpredictable purchase. below are just a handful of things i’ve come across, most local ~ that have made me smile…. (and, since some have asked ~ a link to old school cari borja pieces. you can ping me if you’re interested in the cashmere and knit baby/toddler/adult hats or the new textile sculptures (i have close to a full series of 13 pieces that range from 6”x6”, 8”x8” to 8”x12″) 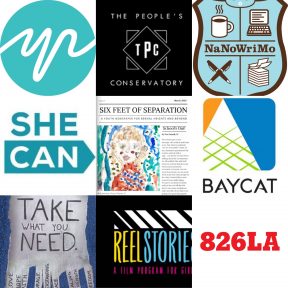 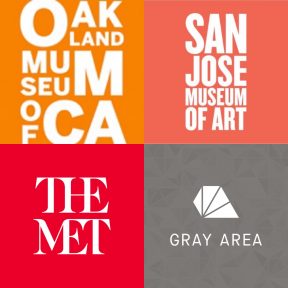 “There is really nothing more to say-except why. But since why is difficult to handle, one must take refuge in how.” ~ toni morrison 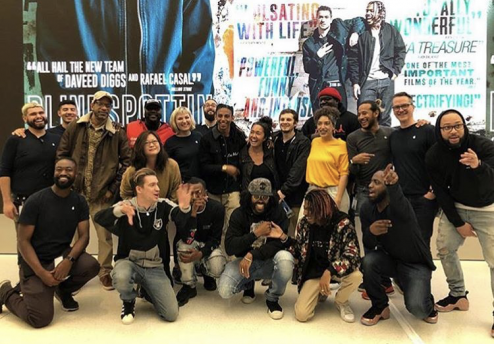 above ~ our community gathering at Today at Apple for Oakland-based Blindspotting (2018), directed by Carlos Lopez Estrada, with actors Rafael Casal and Daveed Diggs (above)… our programming also included Oaklandish’s Angela Tsay, Oakland Museum of California, journalist + cultural historian Eric Arnold, Youth Speak’s Darius Simpson, Jada Imani, Kaly Jay + Frak and rapper Clyde Carson who opened the evening with his Slow Down (which was used in the movie’s trailer). 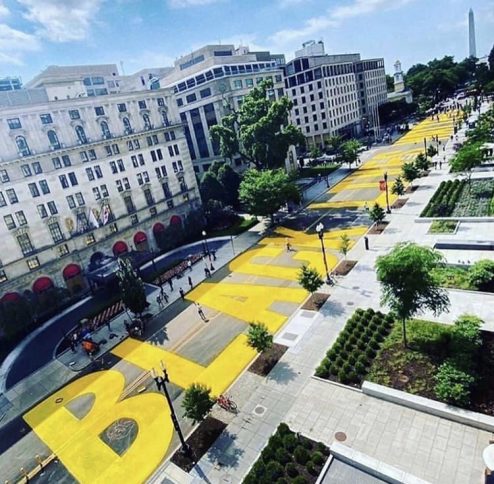 to learn, to become ~ a meditation on how, what, when, where, who + why we learn