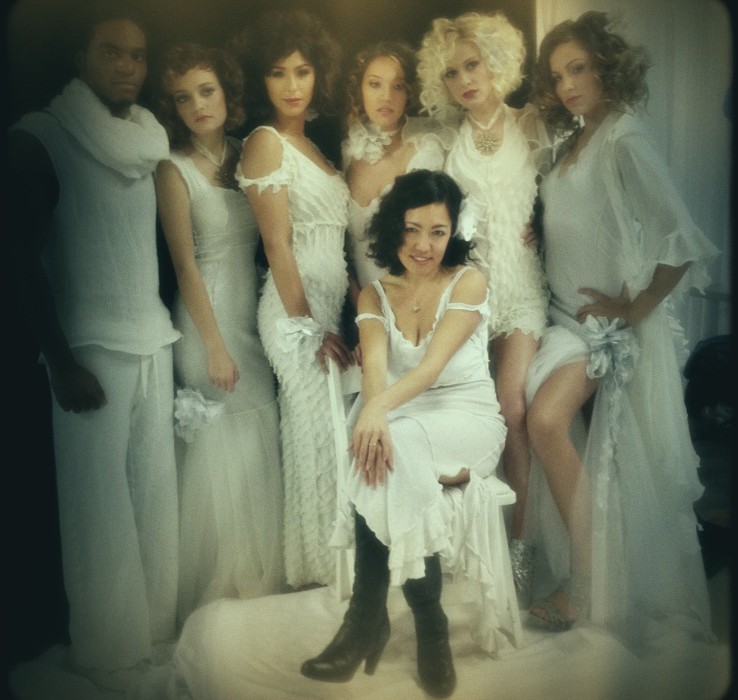 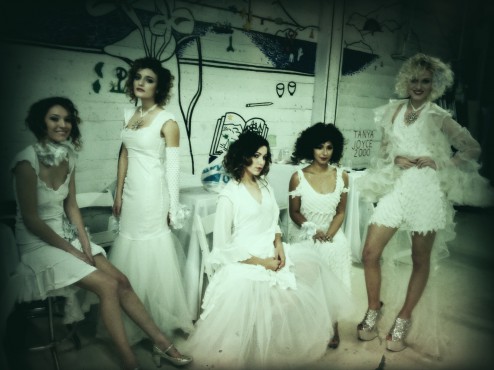 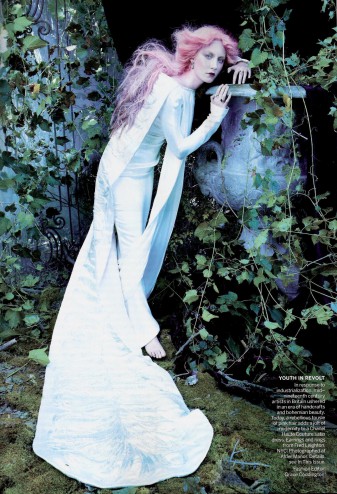 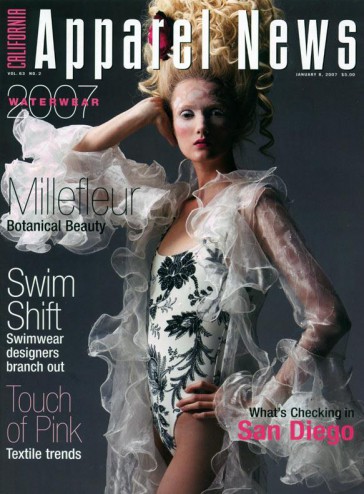 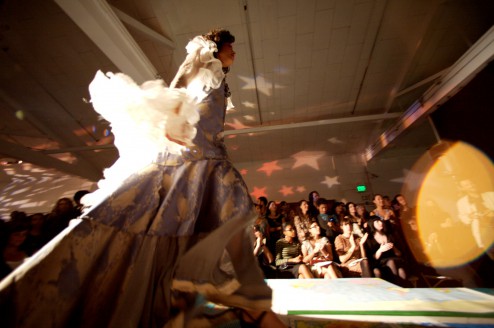 Above, Left: My sheer duster, cover of Apparel News, styled by Jayne Seward. Right: same duster in a benefit for Obama in San Francisco, 2008.
Re-used for the finale of my Rose Snow Collection 2013. 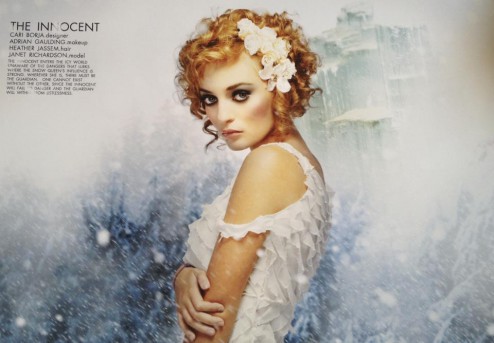 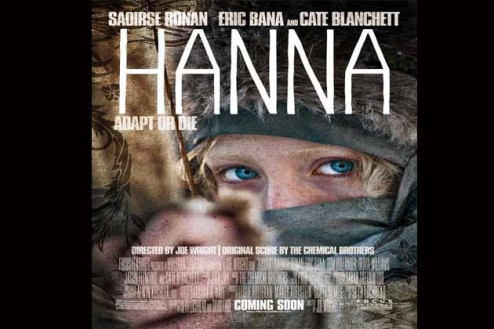 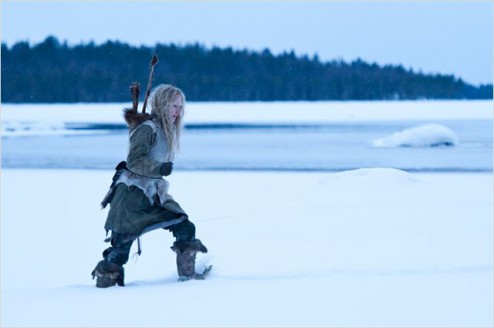 What is it about film that makes it memorable ~ not just in the sense of remembering having seen it, but in infusing what you do with the imagery, the emotion? For me it’s both visual and aural, and in Hanna it was not just her transformation, speed, her instinct, but how the Chemical Brothers translated it into one soundscape that I listened to on repeat. That’s what sticks with me. At times it’s the soundtrack, re-contextualized.

I like leaving films not really knowing what happened ~ in it, or to me. I like when things aren’t straight forward, and I’m left wondering, mystified, trying to put the pieces together… and then I stop and let the imagery float. I know that at some point, I’ll think about it again, conjure it through texture, silhouette, a melody, a moment. Hanna lingered with me ~ a series of bells, a hum, a mad rush, the kill, subtle and elegant, with moments of grace as it came to a maddening rush, and then was gone. the song, the film. my collection. on the runway. 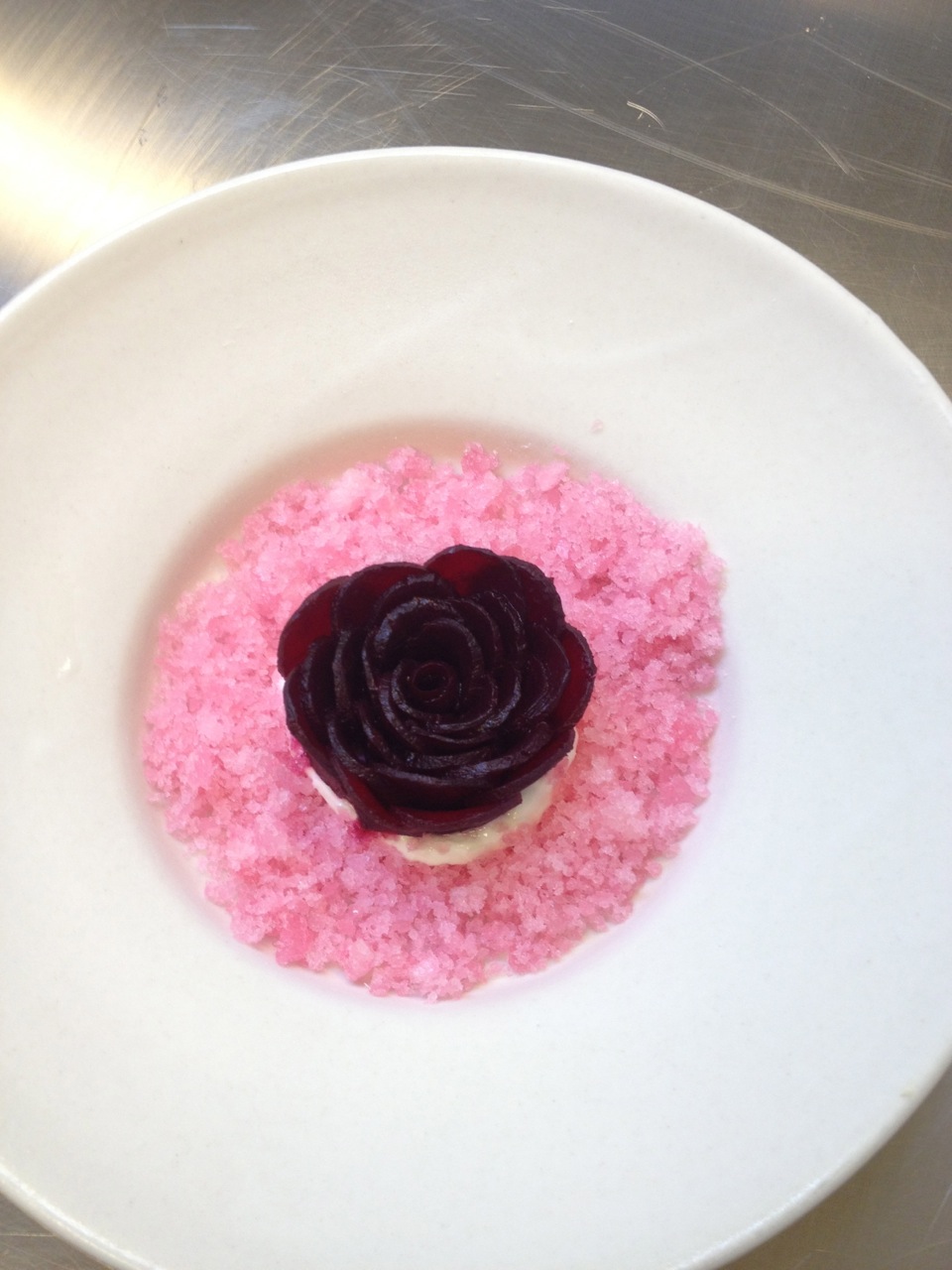 ROSE SNOW collection from 2013 ~ from rawness to refinement, the beauty of the rose petal and the prick of its thorned stem, the weightlessness of the first snowfall to the muddied slush during the melting away of beauty…the innocence and purity of childhood to the iciness but pragmatism of the snow queen ~ it is the balance between lightness and darkness ~ where there is still a vision into the future, but a foundation of the purity of the past, all held in suspension in the moment of utterance…somewhere in between can be found that perfect balance, whether chiaroscuro, twilight, or that which is in the shadow…what I love is the process of this transformation that finds itself always hovering on the edge of becoming something else…

“the eskimos had fifty-two names for snow because it was important to them: there ought to be as many for love.” ~ margaret atwood…

When I was casting the runway show, I always have an idea in my head, but then there are the realities of the women and men in front of me… their bodies, faces, the way they walk. a sequence of whiteness, of snow falling, melting away. a transformation. all inhabited in 52 words for snow. a look, a glance, a blink of the eye. a snowflake, melted, a wound. 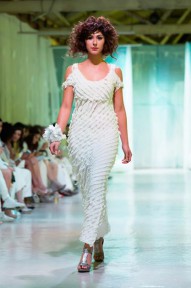 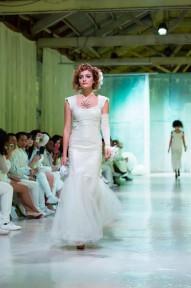 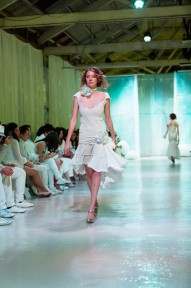 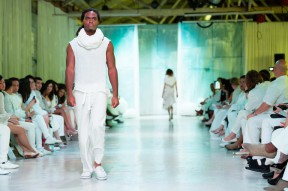 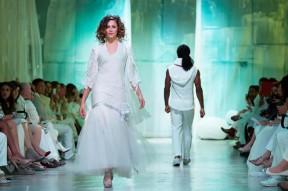 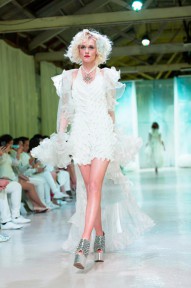 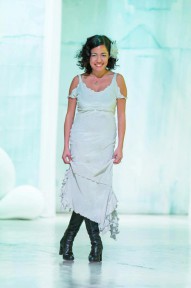 Above: runway photos by Carl Simpson for GEV Magazine; with all of my models (named above), including Imani Brown. 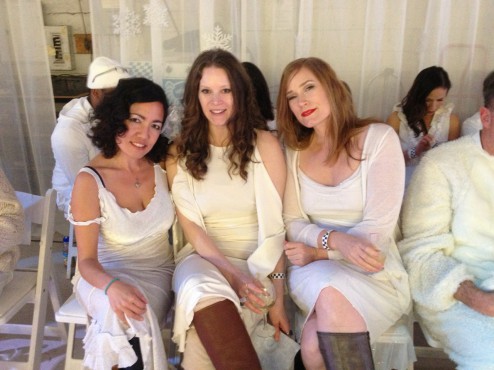 Above: with Alexandra Foote and Racheal Matthews.

“Thou wouldst as soon go kindle fire with snow, as seek to quench the fire of love with words.” ~ shakespeare… 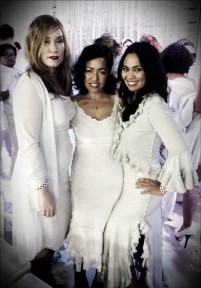 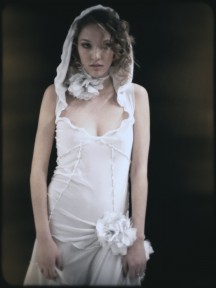 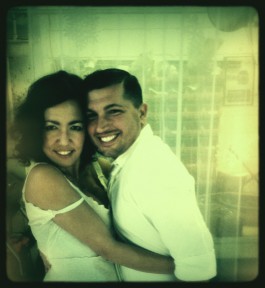 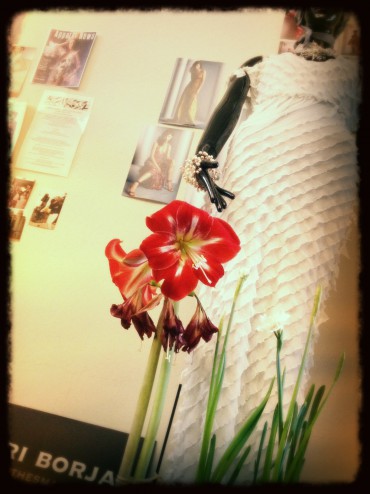 “The heaviest of burdens crushes us, we sink beneath it, it pins us to the ground. But in love poetry of every age,
the woman longs to be weighed down by the man’s body.The heaviest of burdens is therefore simultaneously
an image of life’s most intense fulfillment. The heavier the burden, the closer our lives come to the earth,
the more real and truthful they become. Conversely, the absolute absence of burden causes man to be lighter than air,
to soar into heights, take leave of the earth and his earthly being, and become only half real,
his movements as free as they are insignificant. What then shall we choose? Weight or lightness?”
~ Milan Kundera, The Unbearable Lightness of Being