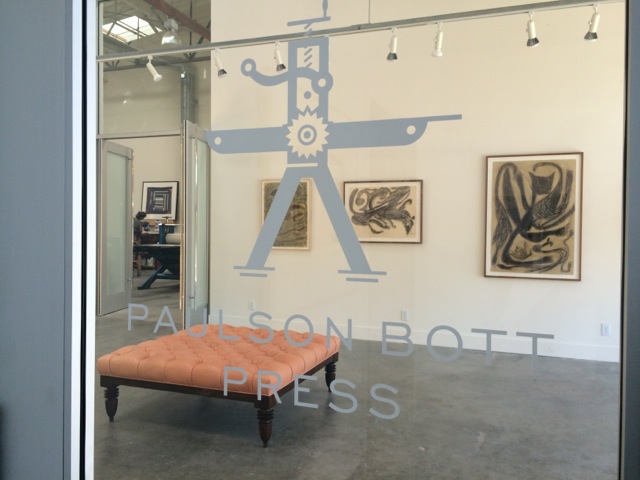 “Eventually everything connects ~ people, ideas, objects…the quality of the connections
is the key to quality per se.” ~ Charles and Ray Eames 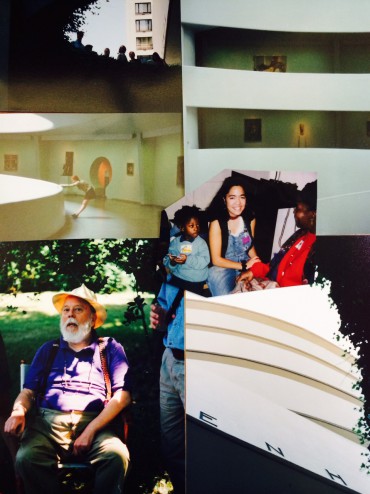 My first gig out of college was as a Hilla Rebay intern at the Guggenheim Museum in NYC during the summer of 1993. I had graduated with a double major in economics and art history from the College of Holy Cross in Worcester, MA and chose art education and conservation over investment banking. I thought art could change the world. I was 21. I spent the next two years working between MOMA’s Visual Thinking Curriculum, Stefan Stux Gallery in Soho, leaving NYC to work in Venice at the Peggy Guggenheim Museum in 1994 and for Bill Viola’s Buried Secrets at the American Pavilion of the 46th Biennale in 1995. That was my very quick introduction to the art world and it was before I turned 24. I never did fully penetrate it like I had hoped, and decided instead to think about art anthropologically, went to grad school at CAL and wrote about Jamaican Art Worlds and the Diaspora. But as soon as I finished my dissertation I started making clothes, and have been doing so since 2001. The reason why I bring my history in the art world into thinking about Paulson Bott Press is that I believe there are core convictions we have of the role of the arts in society, the way they connect, overlap and come full circle, that never truly leave us. Once you enter a world, it sticks, and becomes part of who you are. When Renee Bott and Pam Paulson were invited by my co-host Alexandra Silverman to salon dinner #37 in my design studio the stars were aligned, and my re-entry into thinking about art-making and its circulation had begun to take off again. The timing was right…Re-connecting with Renee a couple months later, and seeing her in the gallery context with her partner Pam, and gallery manager Rhea Fontaine, reminded me of those early days in NYC in the light-filled spaces of Stux Gallery and the spiraling galleries of the Guggenheim (collage on left is from summer 1993~ an image of art critic and curator Henry Geldzahler  in his Southampton home, a pic of me in the education department at the Gugg, and my first intern friend Simone Manwarring in the galleries). I felt happy, hopeful and full of wonderment ~ about the creative process, the impulse in us to make things, and its importance in our everyday lives. I felt like I was 21 again. I sat with Renee on the other side of 4th street, in the high-ceilinged fairly new Artis Cafe, where I learned about the printing process, the multi-functional Press itself ~ and how in the end we figure out our role in the world of art and culture that suits us best. 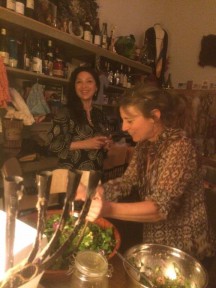 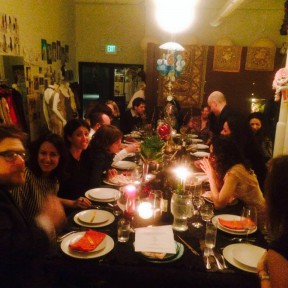 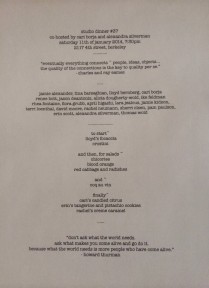 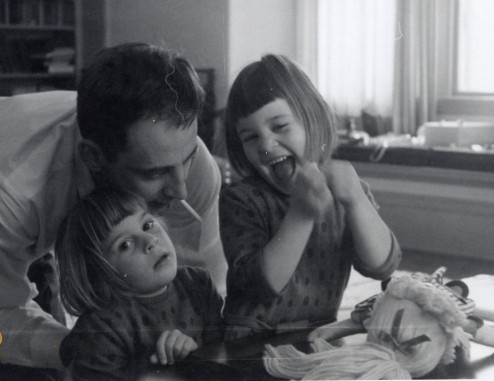 Renee, closest to the camera, here with her dad, mathematician Raoul Bott and twin sister Candice.

On growing up ~ “My mother is British and from Barbados and my father was born in Budapest. They met at McGill University in Montreal. I was born in Ann Arbor Michigan, but grew up in Newton, a suburb of Boston. My dad, Raoul Bott, was a mathematician and taught at Harvard. He transformed the math department there by initiating an open door policy and encouraging a collaborative spirit of working. I have three siblings and I’m a twin. One of my most vivid art memories was from when I was 4 years old – I drew a donkey and my older sister was elated with my work. This had a significant impact on me because I made something that pleased another person. My box of crayons was a constant companion. By the third grade it was clear that I was dyslexic but my teachers were very supportive of my creativity and artwork. I remember my father (who was also dyslexic) saying, “don’t let dyslexia be an excuse for failure. You will just have to work harder.” By the 6th grade my teachers would ask me to illustrate the school newsletters which made me proud. Once I learned how to read, I loved it! C.S. Lewis, DH Lawrence, Thomas Hardy, Graham Greene and in college it was Iris Murdoch.”

On discovering art intaglio print and the path to NOW ~ “In college I studied drawing, painting and printmaking. I fell in love with the printmaking department and studied intaglio along with relief printmaking, hand type setting, wood block printing and lithography. I learned as much as I could. When my future husband moved to Seattle for graduate school I decided to join him after graduating. I got a job with an importer of Santini bike clothing from Italy. It was there that I learned every aspect of running a small business. The owners were really making a difference in the evolving athletic wear industry and it was exciting to be a part of it. A few years later I began grad school at CCAC. In 1985 I got a job at Crown Point Press. I couldn’t believe that this gem of a press was in my backyard. I hand typeset my resume, printed it on Roma paper and sent it to Crown Point Press. I believe that this is what caught Kathan Brown’s attention! It felt so good to find a profession that I loved and I really felt that I had landed in heaven. Kathan had a great program and the means to employ six full time printers for many years during the 80ies and 90ies. It was a vibrant scene and I solidified my professional identity as a printer.” 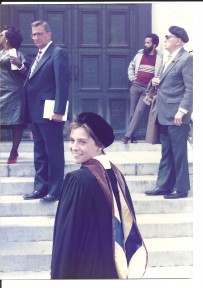 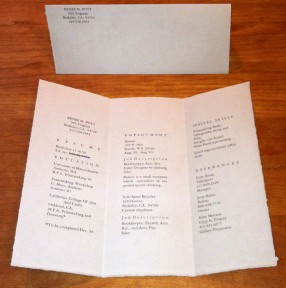 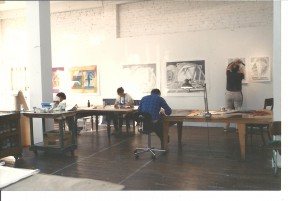 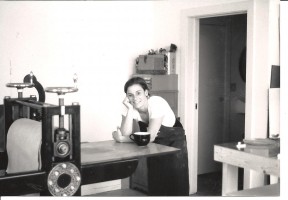 On Crown Point Press ~ “Out and In”, 1987 (below) was the first complex, color etching I did with Al Held. The last print I made with him was an extremely complex, nine-plate print titled “Liv”, 1992. It was named after my daughter. I was pregnant with Liv when we made this print together. I was very fortunate to work with art world giants like Al, Richard Diebenkorn and Ed Ruscha.  Being the lead printer on these projects was instrumental in giving me the confidence to work with anyone.”

On creating Paulson Bott Press ~ “Pam and I worked together for six years at CPP. In 1990, Pam and I set up a small print studio in Christopher Brown’s empty space. We used this studio to make our own prints and editions for friends. We used to call ourselves Dos Diablos. In 1993, Pam started Paulson Press and two years later I decided to leave CPP and join her. In 1996 we formed our partnership. We each sold one of our Diebenkorn prints to buy a large electric press and by January of 1997 we published our first four editions by Christopher Brown. We were great printmakers but we needed help with sales and marketing. We contacted our former co-worker, Katrina Traywick, and she helped us set up our entire system that we still use to this day. The first publication was a huge success and sold out in one week which generated the momentum we needed to invite future artists.” 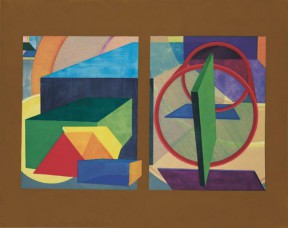 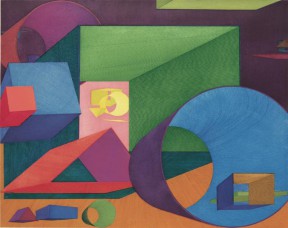 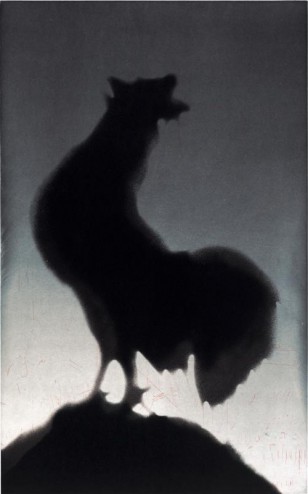 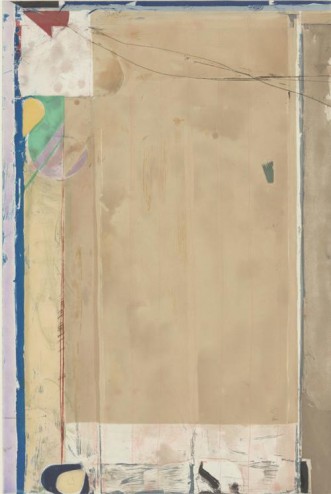 On working with the artists  ~ “We are always looking for artists whose work we find inspiring. We work so closely with artists in the studio that we need to believe in the work. Radcliffe Bailey’s paintings captivated Pam and me immediately. He was the first artist we invited from outside of California and he lives and works in Atlanta. Since then we have worked with many artists from the south including the quilters of Gee’s Bend. We also work with many NY artists, including Tauba Auerbach, Ross Bleckner, Caio Fonseca and Martin Puryear.  Connecting with famous artists can be intimidating but Pam and I were fearless. I remember contacting Ross Bleckner in 1999 and telling him that we really wanted to make prints.  He invited us to his opening at Lehmann Maupin and it was the quintessential eighties New York art scene. Many of the artists we had worked with at CPP were there: Alex Katz , Eric Fischl, Gary Stephan, David True… The next day we met Ross at his White Street studio and while he didn’t immediately say yes to a project, he never said no! For the next nine months I was persistent and he finally came to Berkeley and stayed with us for a week. He made ten prints and thus began a very fruitful relationship.

I contacted Martin Puryear the old fashioned way by writing a letter. In the letter I mentioned seeing the sculpture that Steven Oliver had commissioned Martin to build on his land. I never heard from him, but a few months later he arrived in the bay area for the Anderson Collection exhibit at the de Young. When Pam and I approached him to introduce ourselves, he smiled and pulled my letter out of his jacket pocket! He had brought it in order to contact us. We have made a total of twenty-two prints with Martin the over the past thirteen years. The opportunity to work with Martin to make these prints has been the pinnacle of my experience as a printer. Every artist that I’ve had the pleasure of working with has enriched my life and my hope is that the prints we help to create will enrich the lives of others.” 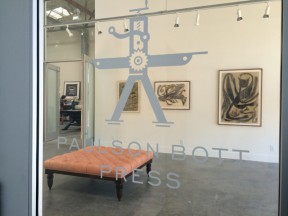 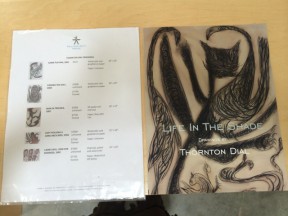 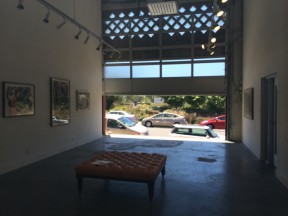 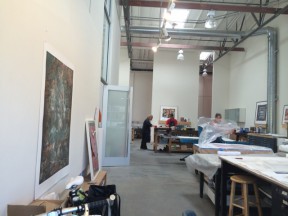 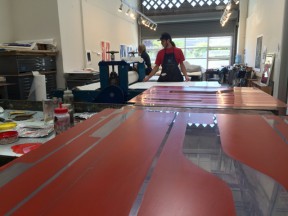 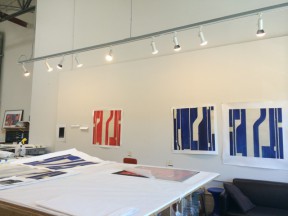 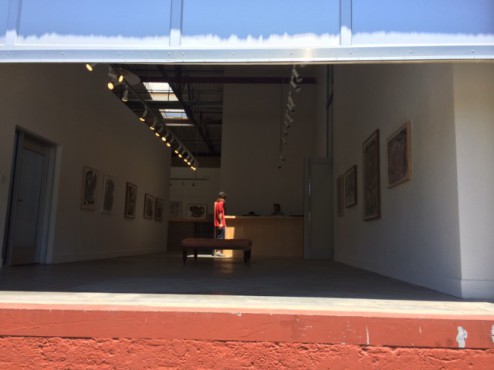 Above ~ perspectives of Paulson Bott Press ~ from the inside and out. 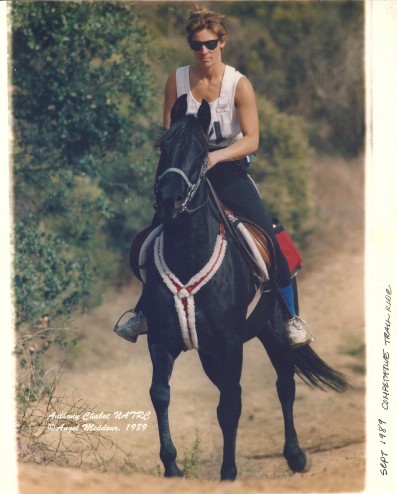 
“Art consists of limitation. The most beautiful part of every picture is the frame.” ~ Gilbert Chesterton      I met Erin Scott years ago through her Rockridge boutique AUGUST that she opened with Louesa Roebuck,…