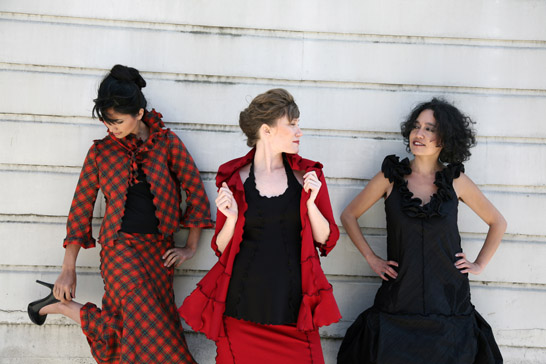 4th Street Berkeley ~ from the archives, june 2009… a photo shoot with my assistants Racheal Matthews and Ashley Mckinley, photographed by Heike Liss, with hair and make-up by Rebecca Beardsley, who also works a block away at Keter Salon.  Shot on location in our West Berkeley neighborhood surrounding 4th street in 2009.  The first image was pulled by one of my favorite Bay area boutiques RED BIRD for their SF Magazine ad back in 2010. 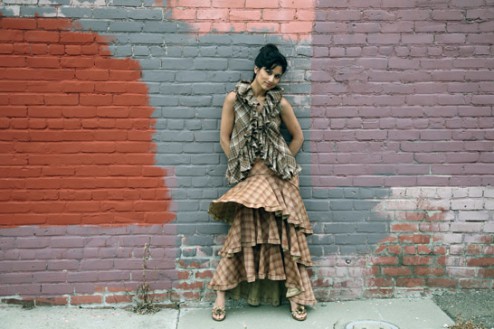 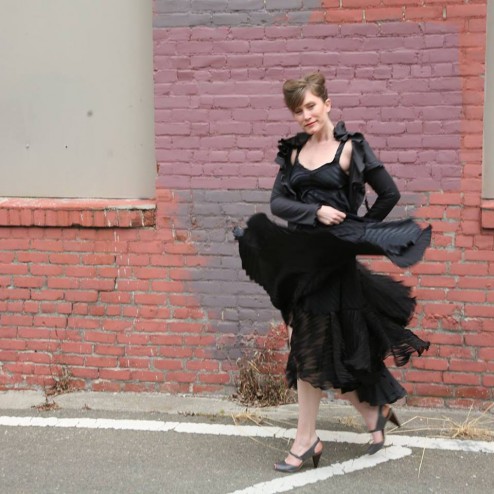 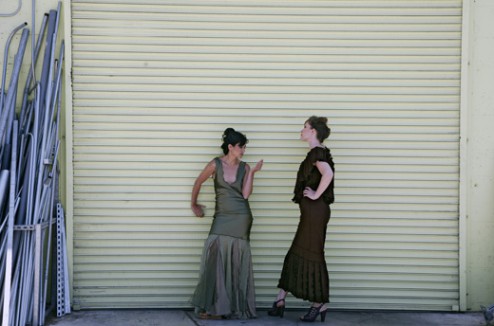 terroir:  It’s a word I like because of its specificity to do with wine, but also its ambiguity.  It allows us to interpret it in many ways.  Wikepedia says it comes from “terre” meaning “land,” and a “sense of place”; it is the set of special characteristics that the geography, geology and climate of a certain place, interacting with plant genetics, express in agricultural products such as wine, coffee, chocolate, hops, tomatoes, heritage wheat, tea, and even cheese.  Can one in fact taste where a wine or cheese comes from, or where something is made; can one in fact not only sense a WHERE but also a WHO behind an art object, a film, a novel, a gown, a menu, a vision? It’s something to think and debate about.. it’s also a word that i use as one of the opening questions that i ask in my interviews ~ whether with designers, chefs, winemakers, writers…. I ask people to talk about their own terroir ~ their own sense of place, and how it has informed what and why they do what they do ~ whether a terroir from a distant past, or a current one, or a mixture of all the places one has lived and traveled… the clothes we make in my 4th street studio are produced on that premises, as are the meals for the salon dinners.  It’s also where I walk, ride my bike, eat lunch, meet clients and friends, and shop and browse with my children. This is one (of many) of my terroirs… but it is an important one, since it sets the stage, gives a context, is part of a history. 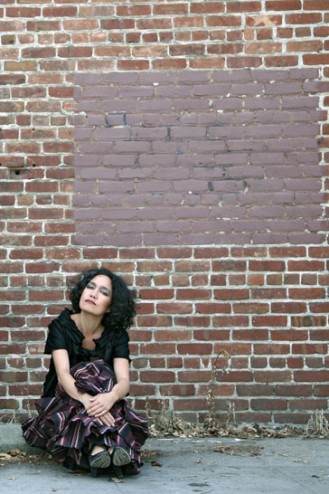 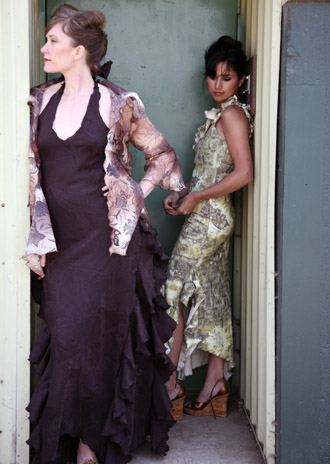 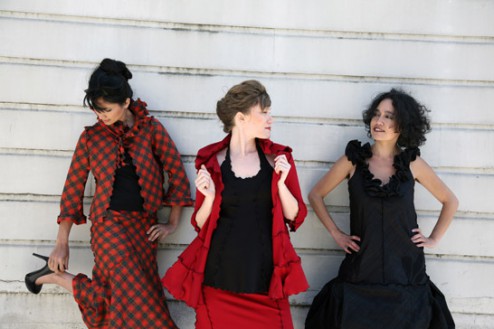 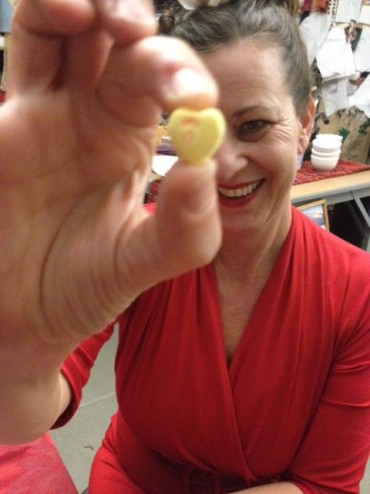 “that’s what we have in common… we are all over the f’ing place…” (I laugh, and agree)

on belonging ~ “I firmly believe that I’m now totally about, impacted and influenced by, where I come from…I’m the sum of my history, and I keep growing and I keep changing, and I keep coming back to the past… and I have that always in perspective to my presence. Like you, my background is in cultural anthropology. I did a show called HOME IS WHEN I BELONG and people would ask did you misspell that, but this is a title that defines me…. It’s proof that I do belong in this world and in this time. I always long for a sense of belonging.. so I feel certain geographical places nurture me emotionally, like Big Sur and Palau in Sardinia… It feels like a WHERE but its really a WHEN because it happens when I am there. For me, home is when I relate to another human being ~ when I feel intimacy happening. It can be dancing, eating, creating, sitting in silence, making love ~ creating intimacy ~ because that is when I feel I belong… I’m driven by understanding how I belong here…and my work ~ I look at the “day to day”.. It’s why I have my studio in my home ~ because I can go back and forth between the studio and pulling some weeds…”

on being in-between ~ “My upbringing was growing up between two countries ~ Germany and Italy. I’m German, Jewish, Polish and Italian. How do you figure out where you belong with that? And as much as that’s what confuses me, it’s something that’s driven me; and i don’t get bored with myself. I’m not a pure breed. I’m a mutt… What are you?…. so i spent every summer in Italy with my Italian family…and I fit in so much better than I ever did in Germany. I grew up first in urban Dusseldorf and then we moved to the black forest when I was 7 and it was completely rural. I was in a super progressive Montessori school and then went somewhere where I didn’t understand the dialect my teacher was speaking. It was like moving to another culture, quite alienating really, and Italy ~ Emilio Romagna ~ was my sanctuary. These were my people…I dug it. I belonged; that’s a very much WHERE I belonged, when I was young, but now I like having a WHEN.. as I know I have a global community where I fit in, which I do. I’m blessed with it… How my past and where I come from influences my work ~ the going back and forth? It seems like this is just how I’m cut out. It’s not a coincidence, it’s what I grew up with. It makes sense emotionally. This is how I live.” on oakland ~ “We visited an old friend, and I thought oh my god, I belong. I physically and emotionally felt I belonged in this landscape… We were living in Munich but weren’t happy there and we decided to live in Big Sur for a year,  and we had to leave again and go back to Europe and we moved to Paris and then settled in Germany. Five years later in 1999 Fred (Frith) was a offered a job through Mills, and we fell in love with Oakland and thought this would be a great place … It felt really diverse, with so many skin colors and so many ethnic backgrounds and the kids turned into citizens of the world ~ open-minded, good people. It’s just there without being theoretical. I felt like I belonged here and the kids seemed to be happy. It had enough edge and didn’t feel scary to me. I had explored downtown with my camera. There was so much hidden beauty in the details of the architecture. It really blew me away ~ nobody seeing it, nobody loving it. I felt that it was my secret magic garden that nobody knew about. When I am new to a place I don’t bring my camera. I wanted to see with my whole body without this one eye framed… We had the residency only for a few weeks but then Fred got offered the job and we came. We never meant to stay this long…” 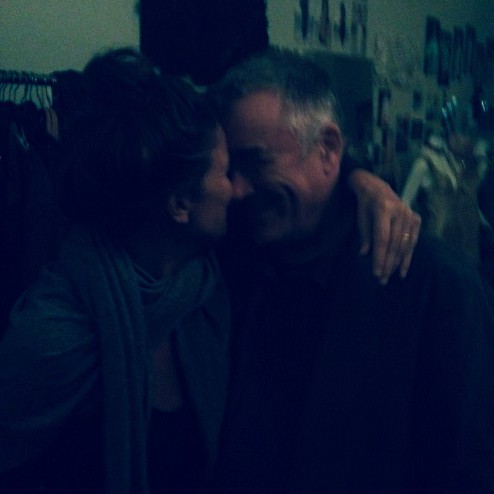 on meeting ~ “it was a dinner at Cal and Kathleen’s and it was at their house in Canyon. I just remember a spark between us. It was instant and easy and we made the kind of jokes that take a certain amount of depth and intimacy. It was an instant connection. That’s what I remember and I remember that I was surprised by you being there. It was refreshingly different. Now, I see you and you’re doing what I used to do, the dinner parties and bringing people together. We have a talent for that. I think we are both irreverent and that’s what i picked up on. That’s an amazing quality to have these days… everybody who is nobody and everybody who is somebody can be there.” 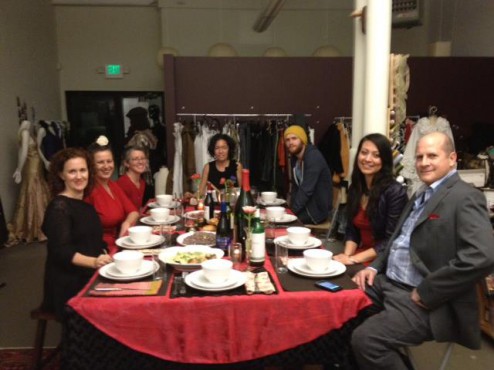 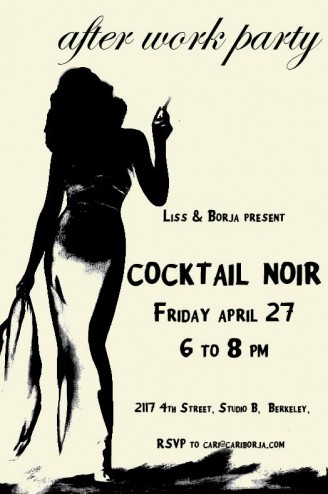 Heike’s invite for our first party together ~ “Cocktail Noir.” 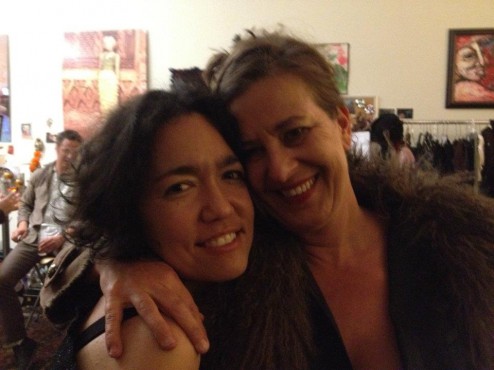 Heike and I, at Cocktail Noir… 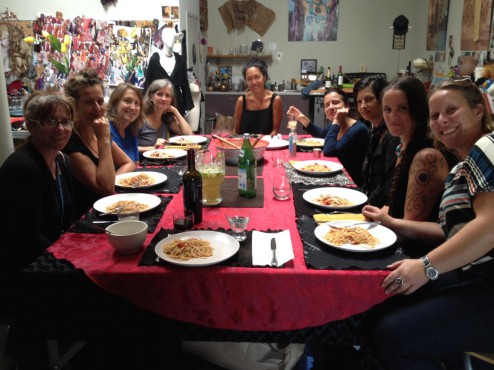 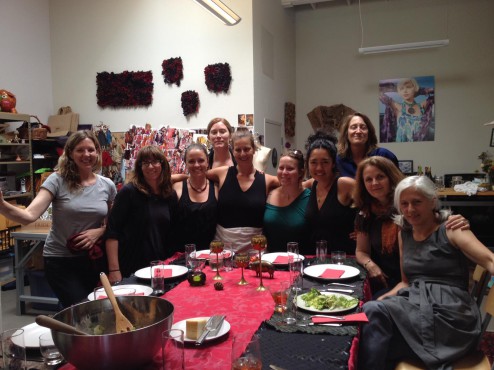 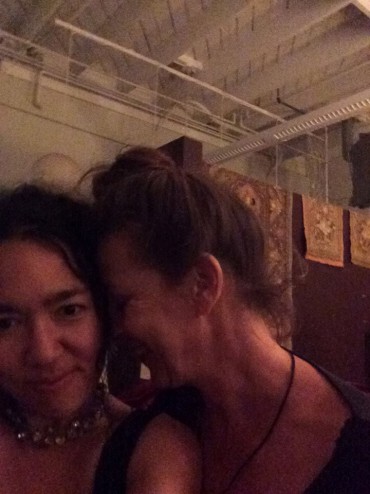 “each friend represents a world in us, a world not born until they arrive, and it is only by this meeting that a new world is born.”
– anais nin

A Favorite COCKTAIL RECIPE : “The Genius” by Stu Maschwitz

Oscar de la renta ~ the gala, the collection, and memories of being a “clothesmaker”