“Children believe what we tell them. They have complete faith in us.
They believe that a rose plucked from a garden can plunge a family into conflict.
They believe that the hands of a human beast will smoke when he slays a victim,
and that this will cause him shame when a young maiden takes up residence in his home.
They believe a thousand other simple things. I ask of you a little of this childlike sympathy and,
to bring us luck, let me speak four truly magic words, childhood’s “Open Sesame”:
Once upon a time…” ~ Jean Cocteau 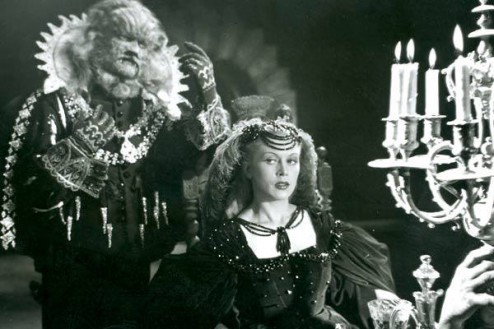 I remember the first time I got to really spend time with Kelsie and her daughter Ella…it was like a fairytale (my kind of happy fairytale, anyways)… We were on a hike somewhere “behind” Canyon for our friend Cal Peternell’s birthday. The trees were swaying in the wind and Ella was barefoot, and I was thinking ahhha, this is what people are talking about and think of when they say to me “the bay area is so beautiful.” I’m usually running around in a car between West Oakland, Berkeley and SF, and rarely have time to pause. And if I do, it is past midnight or before sunrise, and I am at our home in West Oakland, along Mandela Parkway. I do love these moments; but I love them even more when they are outside, amongst the sounds and smells of nature, with friends, and with friends who also play music. I remember there was a picnic, with singing and fiddling, and it was magical. So it didn’t surprise me when I asked Kelsie about a transformative moment in her life that she pin-pointed a scene in Jean Cocteau’s “La Belle et La Bete” that I was equally awed by more recently. Last May I saw the Cocteau film with a live performance by Philip Glass’ orchestra at Yerba Buena with my friend Simon. Afterwards, I wanted my salon dinner table to evoke how I recalled this mise-en-scene, and I’m still trying. La Belle was stunning and iconic and overwhelming at 41, so I can only imagine what seeing it as a sophomore in high school would have been like; and not only recalling but apprehending the word “VA” ~ GO! ~ ONWARD. In Kelsie’s words: “It made me realize I could get out of here.. because suburbia is so stultifying and suffocating.” 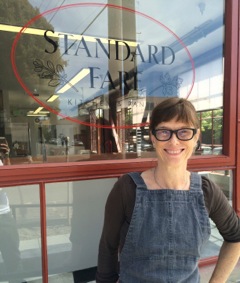 And so she did. And I have read her books, tried her recipes, and most recently eaten her elegant and delicious food from STANDARD FARE in West Berkeley… I had decided on the pork maiale and cod, 2 orders each, with a frisee and quinoa salad and because the whole thing does seem overwhelming to a person like me who has trouble making appointments and ordering anything in advance, I knew that I needed a date and a destination. The food, the packaging and the whole experience is so exceptional that I wanted to share it with a close friend as well as my family, and if possible have a spectacular view. So, we had absinthe cocktails and wine (my friend Sam Bilbro’s Idlewild Grenache Gris, as well as a yummy Italian red ~ Santa Lucia 2010 Vigna del Melograno Castel del Monte), candlelight, Japanese ceramics and silver, in the oakland hills ~ a fairytale. What’s so amazing about the whole concept behind Standard Fare is that it works. It took me awhile trying to wrap my head around the process, but once you have the food in your car, get to where you’re going, heat it up in the oven, it is not only beautiful but it’s absolutely what I want to be eating. Every bite, every flavor, every texture. It’s my kind of food. And Lloyd’s. And my kids Royal and August. And my friend Alexandra’s and her kids too. It was perfection, and it was polenta, favas, pork and greens. AND it was take out. And to top it off we had little jars of panna cotta for dessert… So, needless to say, I am a fan; and happy to be one, and to let people know about this “concept” and tell people they should try to weave this into their life-style. We are so spoiled in the Bay Area. We have our favorite cafes for coffee, bars for cocktails, restaurants for wine and meals, and of course our favorite take-outs but this is so much more than that. Food from STANDARD FARE is like a private chef coming to cook for you, but cheaper, with more privacy. And although you do have to park and get out of your car (and return the cazuelas, although I kind of want one) wouldn’t it be amazing to eat this well without doing all the work, to truly slow down and appreciate your food, in your own (or someone else’s) home? I know I would like to make this part of my weekly ritual… 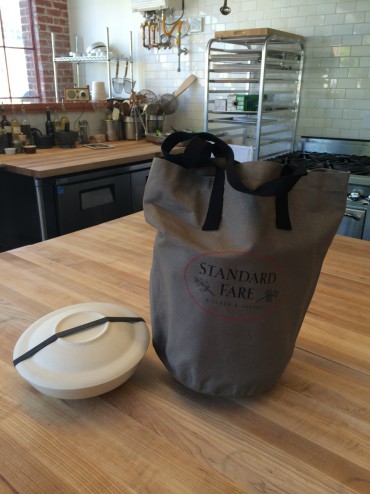 I had known Kelsie for quite a few years before this interview which happened a couple weeks ago; and like I said in a previous post about my design collaborator Jake Wall, it’s intriguing what comes up when you ask the right questions. You can know someone for a decade without knowing their favorite city in Italy, or that they wrote the recipes in one of your favorite go-to cookbooks The Art f Simple Food I and II. Here is what else I discovered~

On KELSIE and her BACKGROUND: I was raised outside Denver, Colorado and Texas. My grandpa loved food. It was a high priority of his. There should always be good ingredients and good food on the table. I’ve always been interested in agriculture, the environment and the production of food. When i was 20 years old I hitchhiked to California. I was at Zuni with Billy West, I traveled in my 20s and fell in Love with Italy ~ Rome, Bologna…I worked at Chez Panisse for 5 years, opened Cafe Rouge as co-chef, went back to Chez to be chef of the Restaurant downstairs, wrote and created the recipes for some of the Chez Panisse books…had a cooking school in my home, at Cavallo Point.. but had been thinking about this business for years.

On her PHILOSOPHY: Food is a beautiful avenue. It’s anthropology. chemistry. beauty. tradition, physics, history, culture. There’s an immediacy to your community. Everything can go through the lens of food. And then there’s flavor, and for me that is my favorite sense.

On naming STANDARD FARE: “I loved fairytales as a child more than anything; and a standard is what a knight carries into battle. I also like the idea of keeping the standard way up high. Setting a standard, raising the standard .. FARE ~ I’m bringing beautiful food to people in their homes…and it is kid friendly food. We call it polenta but it’s basically a simple corn porridge with butter and cheese…” 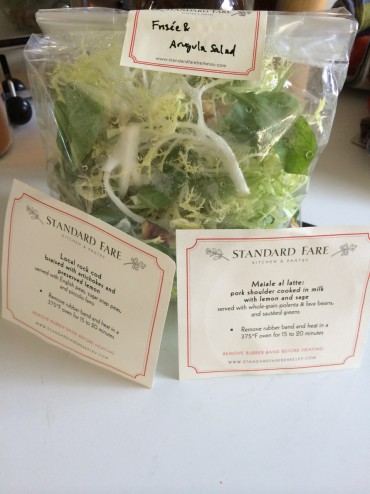 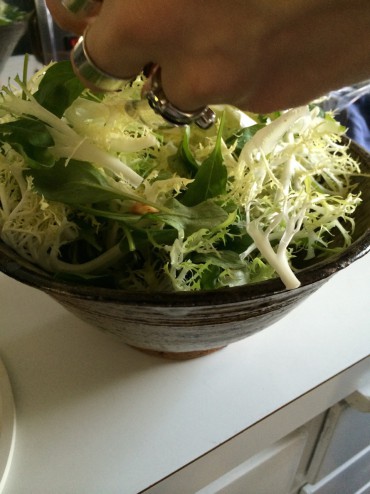 On LOCATION: When I was looking for a space, I wanted a place with seats and didn’t want just a commercial kitchen but I fell in love with this space. I wanted three things: an outdoor space, a wood burning oven and a brick building. I got the brick building. i love it down here. i love the berkeley flats. and this building used to be called NEXUS.. and was built in 1914. It was originally called the Standard Tool and Die Factory.

On the ceramic dishes/cazuelas from Jered’s: “Everything is intentionally plated.. so you just heat it up.. and it comes out in the same intentional place that I put it in. That’s what the pottery is all about. At Chez Panisse we always cooked the gratins in ceramics, the cassoulets in big cazuelas. Those are the traditional foods that go back to traditional pots that are in the country home. it’s all centered in ceramics. And usually with “to go” it’s such a disappointment in the end. it’s had such a harrowing journey to get to its place; and also there’s a pile of trash. 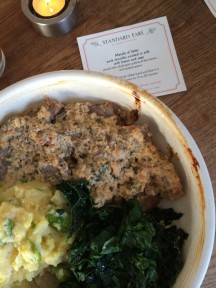 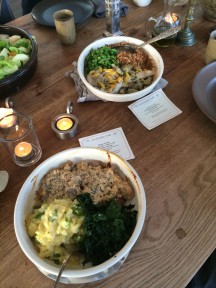 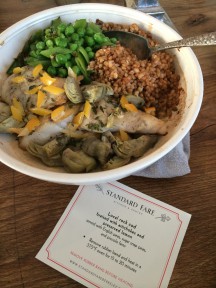 On the FOOD: We focus on food that can be reheated and a braise tastes so good reheated. Even fish will reheat well too, but you need the right kind of fish. and the pot really protects the food. It’s gentle. It buffers. It transports heat well and looks good. I’ve been using it professionally for a long time.

On INGREDIENTS: We get deliveries from local farms or go to the Berkeley Farmer’s Market. We use a local olive oil ~ Pacific Sun; Russ Moore turned us on to them; and Golden Valley cheese which is outside Modesto. He’s Honduran and he has lambs. These are fun connections locally.

On collaborators: Paco Prieto did the retail counter (he also did the Cafe Rouge Bar). Joy Brace did the bags in the “round” to perfectly fit the pots. Patty Curtan did the logo. I had collaborated on the 2 Chez Panisse Simple Food Books with her; and Dana is my right hand man.

On other BOOKS and a FILM MOMENT:  The Secret Garden. Colette’s Claudine series ~ it opened up a world to me. Henry Miller, Anais Nin, Artaud; and Charleston Heston in Soylent Green ~ 2 women eating strawberries.

Recipe / Pork Shoulder braised with milk, aka Maiale al latte (serve with polenta)
from The Art of Simple Food II, by Alice Waters, with Kelsie Kerr and Patricia Curtan.

** my recommendation is to order it from STANDARD FARE, if you don’t have the time to shop for ingredients and 3 to 4 hours to get the pork tender! 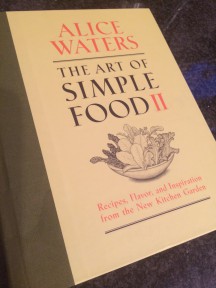 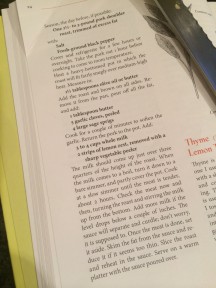 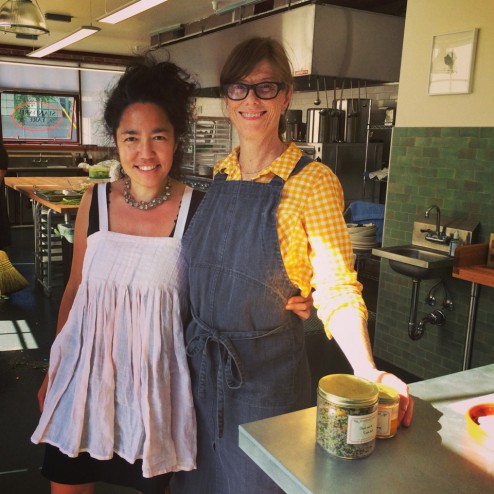 Kelsie and I, inside STANDARD FARE…

“One cannot think well, love well, sleep well, if one has not dined well.” – virginia woolf 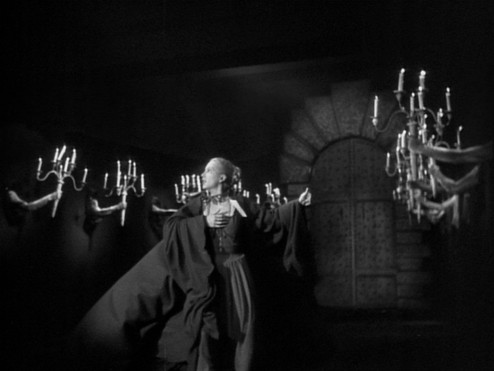 
“Journeys are the midwives of thought. Few places are more conducive to internal conversations than a moving plane, ship or train. There is an almost quaint correlation between what is in front of our eyes and…