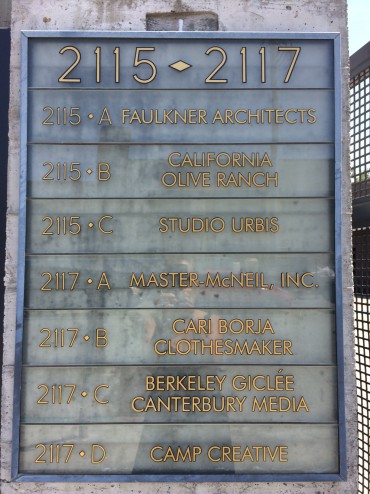 A couple weeks ago my husband sent me an article from the NYT’s T Magazine. It was just the link, but I knew he was thinking of me and what I had been doing over the past few years with bringing people together for lunch and salon dinners at my design studio in Berkeley. He wanted me to know that others were doing the same in the art and design world in NYC, not just at restaurants (I already owned the book Off The Menu about staff meals in restaurants like Oakland-based Camino). I love this about him. The reassurance that what I was doing almost obsessively (although a little differently) was happening elsewhere, written about, and valued. 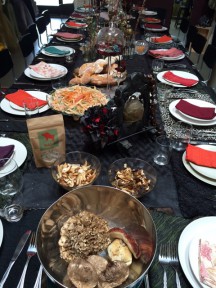 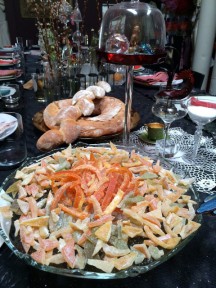 I had first thought of the “art of eating together” in my studio when I got my space on 4th Street over 7 years ago. I had heard that Christina Kim did it in her DOSA atelier in Los Angeles. Also, when I began renting from my landlord, he mentioned that one of his old tenants in Paris, designer Bernhard Wilhelm, had a kitchenette in his studio for that purpose. So I asked if I could have a kitchenette installed. It sounded like a cool idea. I didn’t really ever cook though (I figured a sink and refrigerator were perfect and the oven a place to put things on and in). I had a panini maker and a couple simple cookbooks with great salads ~ Saveur, Harry’s Bar, and Chez Panisse. I knew I could definitely whip up a simple yummy lunch for my assistants and interns, which I did for years, and it didn’t need to involve an oven. These lunches were accompanied by Lillet, or a Genius cocktail, Aperol spritz, bottle of prosecco, and it was a perfect moment to slow down, and do something that didn’t involve fabric, patterns or sewing. 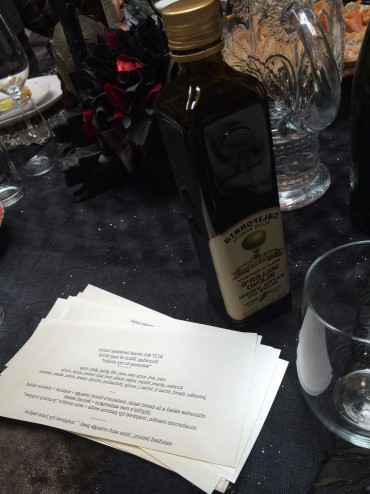 Fast Forward a few years, an apprenticeship at Chez Panisse in 2011 (where staff eat lunch together) and fast forward another couple of years and just finishing salon dinner #44 at my studio. I thought it was finally time to reach out to my community that quite literally surrounded me. I set the date, stopped in and said hi, figured out peoples’ names and emails, told people to bring wine and bread. A few days before I decided to develop the menu around the locally based June Taylor’s candied citrus peel (she’s literally a block away), a recipe from a Patricia Wells cookbook I had borrowed that I could make with the orange juice from the candied peels, and a recent raw asparagus salad posted on Erin Scott’s Yummy Supper blog. I also made my classic chicories salad (with tuna) adapted from David Tanis’s A Platter of Figs (with the lemon juice from the candied citrus), and a new salad I was playing around with that had citrus, arugula, fennel, roasted nuts and red pepper. The luncheon menu was complete so I went to Berkeley Bowl to shop.

I had always had lunches for my assistants, collaborators, interns, people who worked on our projects. It was intimate, and family. Reaching out to others in the same geographical area whom you may never had seen before, said hi to or even known existed, is something different. But it surprisingly worked and was to me, a powerful expression of what can happen when people from different professions, generations and places within their company, come together ~ bread broken, wine drunk… Here is what we ate.

Above: California Olive Ranch olive oil, and my menu… 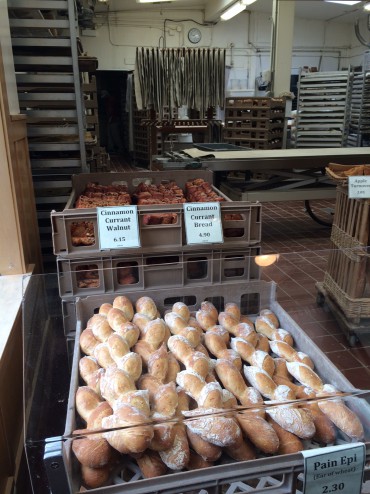 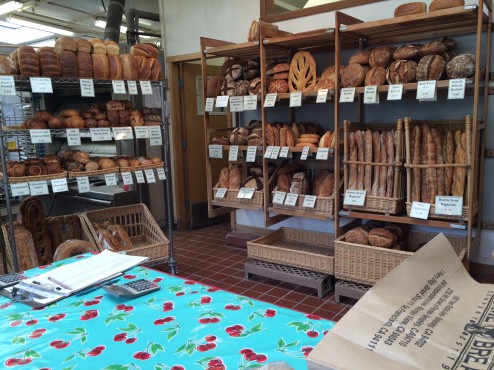 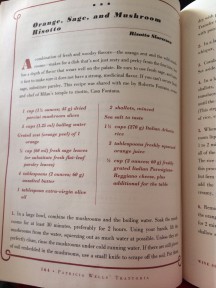 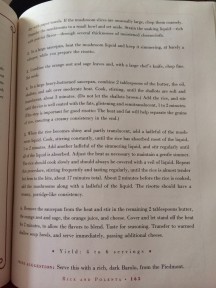 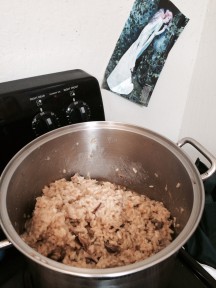 Above: Patricia Wells Risotto recipe (from Trattoria). I added fresh shitake, porcini and hen of the woods mushrooms.

Below: CANDIED CITRUS PEELS (adapted from June Taylor’s recipe). I think this is the simplest recipe with the best results. I use baker’s sugar.

Ingredients:(for a single batch/images below are from a “double”  batch, though I tripled up on citrus in each pot)
* 3 medium Meyer lemons, regular lemons, limes, oranges, grapefruit (i do them all, and mix them!)
* 3 1/4 cups sugar for dissolving (baker’s sugar for coating)
* 3/4 tsp cream of tartar

Directions:
Step 1: Cut lemons in half, juice (I reserve this juice for lemon drops or lemon vinaigrette); cut each half in half and remove flesh from skin. Cut skin into
1/2 inch triangles and set aside.
Step 2: Bring a saucepan of water to a boil. Reduce to simmer and add citrus skins. Cook skins for 50 minutes. Drain and set aside.
Step 3: Fill saucepan with 3 1/4 cups of water. Add sugar and cream of tartar. Dissolve. Add skins. Simmer for another 50 minutes, stirring occasionally.
Step 4: Drain and place on wire rack, with parchment paper underneath. If the skins are VERY sticky, I do a quick pour of hot water over them. Let dry for
at least 24 hours and coat in Baker’s sugar. Store in airtight jar. I like them room temperature but ALSO refrigerated. Enjoy…. 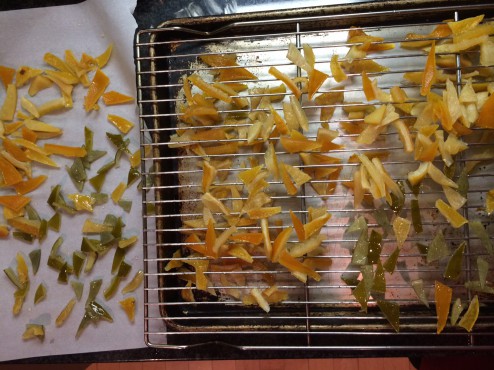 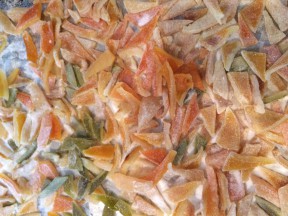 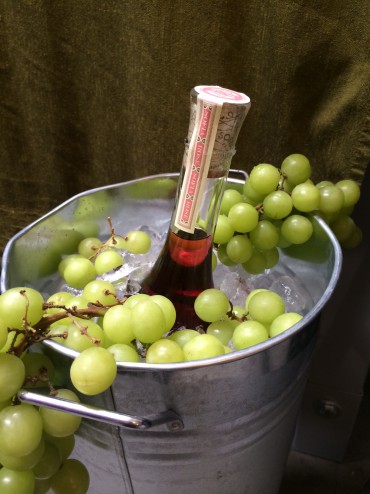 “A meal without wine is like a day without sunshine.” – brillat-savarin